The (free) Photo Mage app (version 1.0.2) is wonderfully efficient for cookie-cutter, square-shaped editing of screenshots, which happens to be perfect for my occasional chess blogging.

My starting point is a screenshot (Hold down the power button, then press the Home button to save a screenshot to the Photos app) from a chess game in the tChess Pro app: 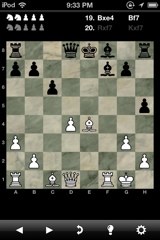 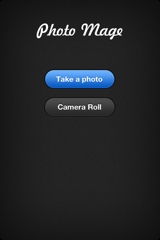 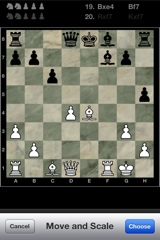 Each time, I need to crop out everything except the board, plus the letters and numbers along its edges. The default shape that the Photo Mage app offers is a square (faint white outline in the image below), which only needs the screen moved a bit vertically for proper positioning, after which tap Choose: 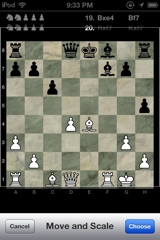 Click Save, and the final image is saved into the Camera Roll album of the Photos app: 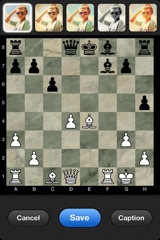 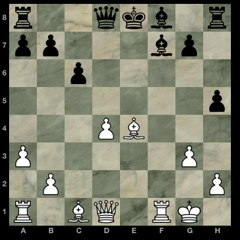 A caption can be added as well, although I wouldn't use such on chessboard images. The portion of caption text ultimately visible is limited to one line, even though more text can be entered. 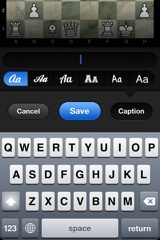 The projected caption display superimposed on the image is visible as you type: 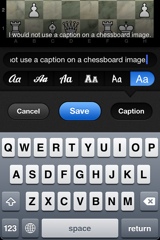 A caption would be more useful on other types of images: 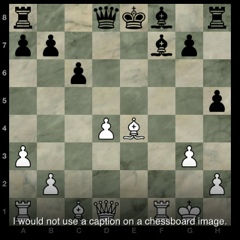 The native iOS Photos app also allows cropping, but it crashes reproducibly on a tChess Pro screenshot I have saved. It also starts with the more flexible rectangle shape, which is actually a disadvantage for my desired square-shaped final result.